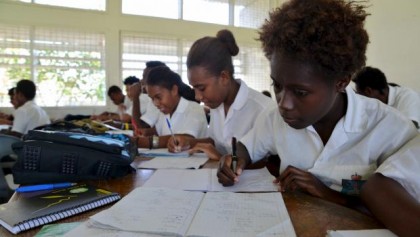 The Parliamentary Opposition Group has urged the Government to take proactive measures in addressing the issue of school drop-outs each year.

The Opposition Group says, it has become common that every year the country finds many students becoming victims to the issue of limited space in our formal education system.

It says the recent revelations that only 23 per cent of Form six enrolments managed to get placements for 2016 is worrying.

It adds, the government is also duty bound to assist these young people whom the formal education system pushed aside.

The Parliamentary Opposition warns, failure to address this problem will put the country in an awkward position in terms of controlling social issues associated with increasing number of unemployed youths.

Meanwhile, the Opposition Group says, the allocation of $27 million for national education infrastructure does not specify what proportion has been expended on Rural Training Centres (RTC).

It says churches have taken the lead in vocational training centres and as such it is only right that the government support the churches to help them provide more efficient training and develop vocational centres.

The Opposition strongly recommends the government to seriously increase the capacity and support to vocational centres around the country.