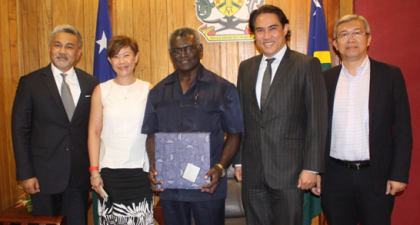 A Malaysian bulk fuel consortium is keen on partnering with local business entities to deliver cheaper, consistent and accessible fuel and gas to the provinces.

A government statement says, a four-member delegation has arrived last week and met government officials and business executives of both the National Provident Fund (NPF) and South Pacific Oil.

The statement says, the delegation also paid a courtesy call to the Prime Minister Manasseh Sogavare and expressed its admiration of the natural beauty of the country.

It is also excited about available business opportunities in fuel and gas provision.