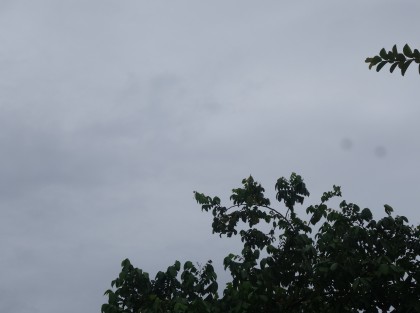 A Heavy Rain Alert has been issued by the Solomon Islands Meteorological Service.

The MET Office says a Heavy Rain Alert is in force for most Provinces and Islands.

It adds a trough linking to a developing low over the Coral Seas, further Southwest of Rennell and Bellona Islands and is slowly moving.

The MET Office says associated clouds with heavy rain showers and thunderstorms are expected to affect the Solomon Islands within the next 24 to 48 hours.

It says such localised heavy rain showers may lead to flash flooding over communities living close to large rivers, streams and low-lying areas.

Clouds beginning to clear over Honiara. Photo credit: SIBC. The heavy rain warning for Temotu Province has been cancelled as of today. Over the weekend, ... Read More