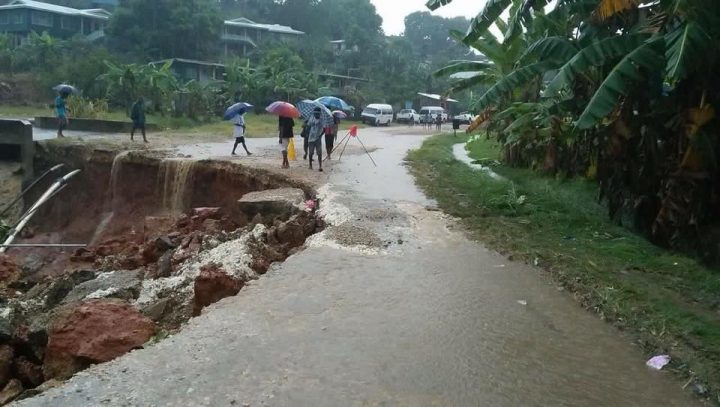 The damaged road at Naha 4

Honiara residents awoke to bright sunshine this morning after heavy rain and flooding yesterday, but a mess of rubbish, plants and mud covered the city’s main roads. Potholes fixed last week were exposed again and posed a risk for vehicles.

Japanese contractors working at the Vura junction were directing traffic while trying to clear mud and debris so they could continue their work to upgrade the Kukum Highway.

Some schools flooded with rainwater yesterday are still closed.

The heavy rainfall also seriously damaged a section of the road in the Naha 4 area. Many vehicles could not pass through and were forced to turn back.

Area residents posted photos of the road on social media along with pleas to authorities to quickly make repairs. 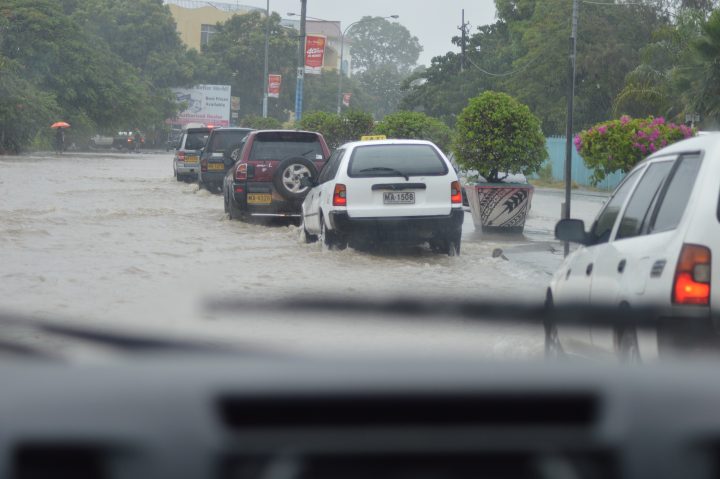 Manoa Tepa, principal forecaster for the Solomon Islands Meteorological Service, said the Honiara and Henderson observation stations recorded about 171 millimeters of rainfall from 5:30am to 11am yesterday.

The downpour caused roads and drains to flood across the city, including at the Ranadi junction, the Vura junction and near Town Ground.

The Burns Creek road was completely flooded yesterday afternoon and impassable to most vehicles.