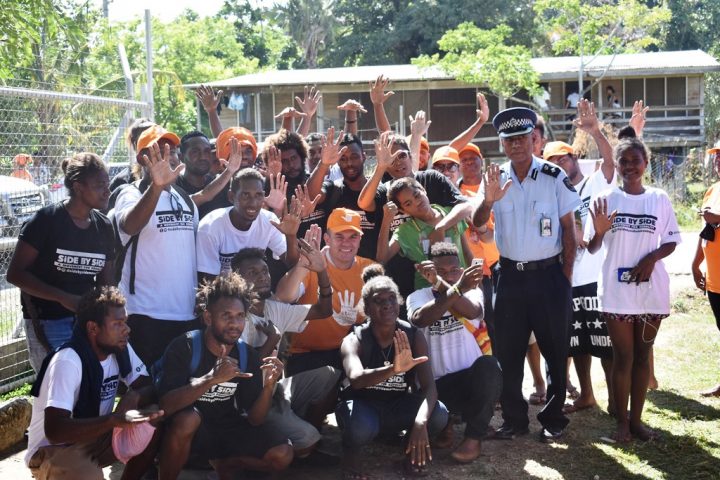 Commissioner Varley joins campaigners against violence against women and girls.

Commissioner of the Royal Solomon Islands Police Force, RSIPF, Matthew Varley calls on all men in Solomon Islands to join the campaign to end violence against women and girls, and make a commitment not to tolerate it in the communities.

Commissioner Varley said as you look around in our communities today, domestic violence at homes, offices, streets and elsewhere is a big concern for the police. Based on police daily reports of crime, sometimes up to 90 percent is related to domestic violence matters.

This he said, is an alarming rate.

He added in the four months up to end of October this year, 12 alleged rape incidents were reported to the Police.

Meanwhile, Mr Varley said last week in three separate incidents, the RSIPF arrested and charged five more males in relation to rape allegations. The victims of these offences were young women and girls.

Commissioner Varley said in the recent past, police arrested even family members of young girls for allegations of rape.

He said the lives of our young girls are being destroyed inside their own homes – a place that should be the safest haven for them has become a crime scene.

The Police Commissioner encouraged all good and honorable men across Solomon Islands to come out in great numbers and condemn this violence.

He said they must use their leadership and your strong voices to say ‘enough is enough’ and educate the people and followers on the respect and good values of this community.

Commissioner Varley concluded men must make a positive difference in the lives of women and girls in this country.