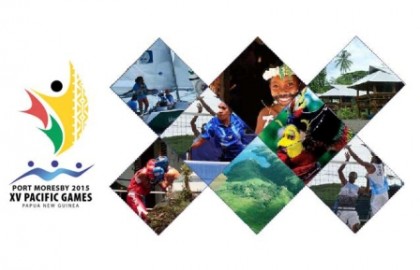 Solomon Islands 2023 Bid Committee for the Pacific Games will soon start lobbying ahead of the Bid election for the 2023 Pacific Games on 11th May.

Chair of the Solomon Islands 2023 Bid Committee Gabriel Suri says 22 countries are to cast their votes and Solomon Islands will need a minimum of 12 votes to win the right to host the regional event.

Suri confirms, the National Olympic Committee of Solomon Islands NOCSI has received positive indications from about 16 countries who will support our bid and during voting.

But Mr. Suri says the National Bid Committee must not take that assurance for granted.

He says, the strategy is to deploy lobbying teams to the voting members and win their support ahead of the actual voting day.

“The Bidding Committee needs to visit about 16 countries of the 22 countries that will cast their vote on 11th May 2016, such visits are for lobbying. We need to lead three lobby teams out and the lobbying must start now.”

The Western Provincial flag. Photo: SIBC. Western Province should have a new premier by next week, announced the Speaker of the provincial assembly Richard Tekefono. ... Read More

TATAMBA TO BE POWERED WITH SOLAR