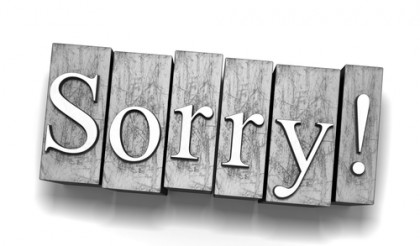 The Vice President of the Malaita Masina Forum has issued a public apology to the Solomon Islands People First Party.

Henry Ata Daukalia told SIBC News this morning, he had written an article in the newspaper but had mistakenly named the People First Party.

The article was published this morning in the Island Sun newspaper’s Letter to the Editor column.

In the article, Mr Daukalia had named the People First Party as using personal attacks and character assassination tactics against the Malaita Masina Forum, and other candidates.

Mr Daukalia says he named the wrong party in the article and is sorry for the mistake.

“This concerns a new item I’ve put in the paper today in which I mistakably name the People First Party. Actually the information we have is the Transformation Party, so I want to say my apologies for that mistake. I am sorry for making that mistake.”

NEWER POSTS.I.P.R.A TO ENSURE PERFORMANCE AND ACTION IN PEOPLE’S LIVES
OLDER POSTPANGA DENIES REPORTS OF CRITICISING CANDIDATES IN HIS CAMPAIGN