A frustrated West Makira man denies any tangible service from the National Government to the people of Makira Ulawa Province since independence.

Bursting out through the national voice today, Anderson Hiru says developments on Makira are not equivalent to the sacrifices Makira as a province contribute generally to the national government.

Mr Hiru says, the province is allocated more than enough funds to look after its service delivery but sadly, no tangible developments have been realised.

“We wonder what it means to be part of an independent state of Solomon Islands. While others might rightly argue that our contribution to the economy of this country may not match up with the other bigger provinces, I believe nobody will deny the fact that Makira has a good share of this country’s budget, but the sad reality is that Makira gets in return in terms of grant and government services very little, compared to what we gave for this country.”

The West Makira man adds, natural resources in the province are fast declining and so is his people’s basic service. 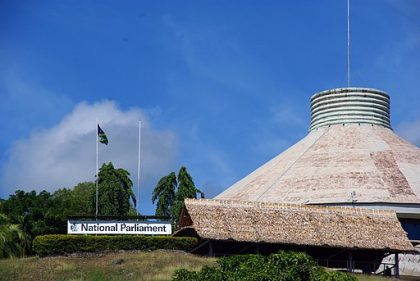 INFRASTRUCTURE DEVELOPMENT GRANTS TO SCHOOLS IN THE COUNTRY: HA’AMORI

Photo: Courtesy of UNESCO The Ministry of Education and Human Resource Development is preparing all necessary arrangements to disburse an additional 14-million dollars towards infrastructure ... Read More