Man dies while diving at sea

A man has lost his life while out diving on a reef in the Nusa Roviana Lagoon in Western Province with his small brother and sister on 25 March 2022. 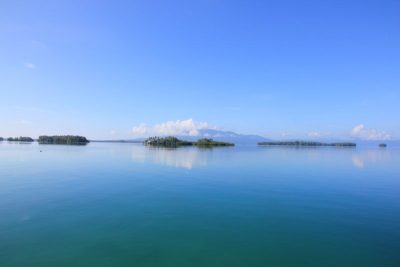 A statement from the Police Media says the incident happened on a reef outside of Bebea village in the Nusa Roviana lagoon.

It says the deceased was accompanied by his small brother and his sister to a diving site known as the ‘Barrier reef’ located 100 metres from Bebea Island.

“While diving, his brother and sister floated on the canoe and waited for about 15 minutes but their brother never resurfaced. Both were suspicious and called for other divers nearby to search for their brother. After some time of search they locate the dead body lying on top of a coral beneath the sea,” Mathias Lenialu, the Provincial Police Commander (PPC) for Western Province, said in the statement.

Lenialu says the villagers called for help from a scuba diver who went and retrieved the deceased body and handed it to police for further investigation.

He adds, external medical examination has been done by medical authorities.

According to the PPC, family and relatives of the deceased are satisfied with the death of their son and do not want any post mortem to be conducted.

Investigation continues into the death incident.

“My condolence to the family and relatives of the deceased during this time of sadness. May his soul rest with the almighty God,” says PPC Lenialau.

Fear of a probable transmission of the deadly coronavirus has emerged in Tulagi township following reports that MV Awka made a stopover and berthed at ... Read More The Royal Solomon Islands Police Force (RSIPF) would like to refute an ongoing media publication on recent consignment of alleged secret gun shipments into the ... Read More