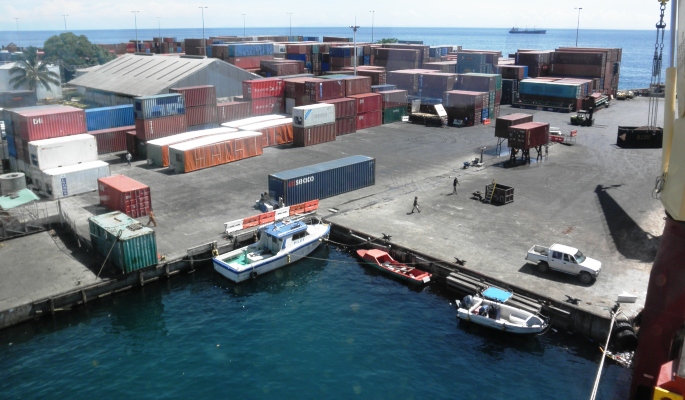 The medical supplies are at the Solomon Islands Ports Authority. Photo credit: SIPA

Funding delays from the Ministry of Finance and Treasury has resulted in the re-occurrence of the country’s drug shortage.

He said about ten containers of medical supplies await clearance at the Ports Authority , and that can only happen if they have the funds to do so.

“We have about eight, nine, ten containers at the wharf, our medical supplies. And we can only clear them if we our funding is released by the Ministry of Finance.

“We are already facilitating the process with the Ministry of Finance , so that early this week they will release the funding and we can clear our supplies.”

Mr Horoto assured they will facilitate supplies to the provincial health centers as soon as they are available.

“For those in the provinces, when the stock comes in we will facilitate the supplies to go out to them.”

A number of clinics in Malaita’s northern region reported a shortage of drugs last week.

Meanwhile one of the country’s academics Dr Transform Aqorau said, the re-occurrence of the country’s drug shortage clearly shows the government under the leadership of the care-taker Prime Minister Rick Hou has failed the people.

Dr Aqorau in his Facebook post last Friday said the Prime Minister should have declared a state of emergency instead of amending the drug crisis.

He added it is also sad to learn that even the Secretary to the Prime Minister, who is a medical doctor by profession, has done nothing in his power about this.

Dr Aqorau said our sick people have not spoken much about their situation, because they have a high tolerance threshold and suffer quietly.

He called on the caretaker government to do more as our sick people deserve so much better.

By: Charlie Salini and Fred Osifelo