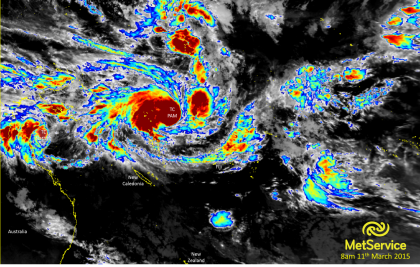 The National Disaster Management Office (NDMO) says it is now concentrating on contingency planning in response to the impacts of Cyclone Pam.

A statement released last night says a meeting has been convened by the National Emergency Operation Centre with the Initial Response Assessment cluster to deliberate on the contingency planning.

The statement says one of the meeting’s outcome was the drafting of an operation concept that will be used as a roadmap during the proposed response operation.

“For now as the situation continues, planning is really important at this stage, so after we finalise the planning we will respond when the situation is slowing down.”

Meanwhile, National and Provincial Emergency Operation Centres are continuing to issue “what to do” information on Heavy Rain and Tropical Cyclones alongside warnings issued by the Met Services.