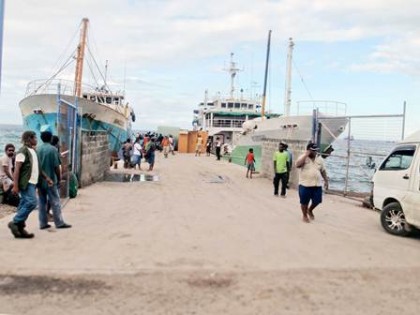 The Solomon Islands Maritime Safety Administration (SIMSA) is in the process of drafting a new National Shipping Bill.

Mr Harris says, the new Shipping Bill and its regulation will be in conformity with each other.

He says the new Bill focuses on pollution.

Mr. Harris says under the upgraded international law, vessels are not allowed to be painted on the bottom with anti-fouling and SIMSA is considering this in the new bill.

“So this is an area, for example, which we need to put through into our Act so that if we do find a vessel that comes here which is not painted with the proper paint, that we can prosecute it and take it to court, so these are the sort of things that are happening, but it’s a very long term process. It’s not something that will be solved overnight but slowly SIMSA is implementing the laws as they have been passed through the Parliament.”