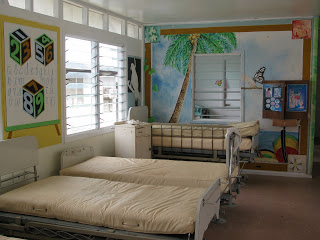 The Helena Goldie Hospital in Munda, Western Province will again operate without a medical doctor as of next week.

He says this is due to the fact that Doctor Jenny Longbottom’s three months contract will end this month.

“Dr Jane has been here only for three months, beginning in early June and will complete her stay this week and will leave for England next Tuesday.”

As a result, Mr. Telokana says they will have to refer serious or urgent cases to Gizo Hospital and the National Referral Hospital in Honiara.

“We will continue to refer patients to Gizo Hospital after her departure especially very urgent cases and very serious cases will be referred to either Gizo or Honiara.”

SIBC News understands, Dr. Jenny Longbottom was assigned by the United Kingdom Methodist church, through the Wesley United Church of Solomon Islands, to serve Helena Goldie Hospital on a three months period due to the long absence of medical Doctors in the hospital.

The National Referral Hospital. Cuts to the development budget of the Ministry of Health and Medical Services has cast clouds of doubt over the relocation ... Read More 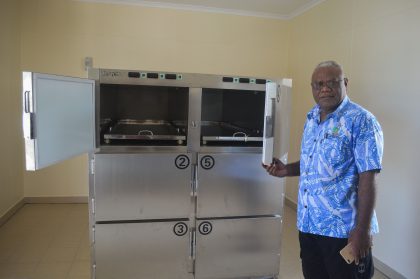 $6.5 million morgue in the works for central hospital

National Referral Hospital CEO Dr Steve Aumanu with the donated morgue freezers. Photo: Lowen Sei. There have been discussions for years from the grassroots to ... Read More