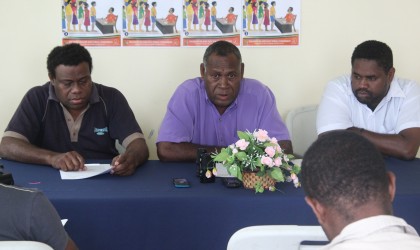 The nomination period for next month’s National General Elections will officially close on October 22.

He said intending candidates have until October 22 to deliver their nomination forms.

How the back of the new Voter's ID Card looks. Photo credit: SIBC. People of Sigana ward in Gao Bugotu Constituency in Isabel province have ... Read More