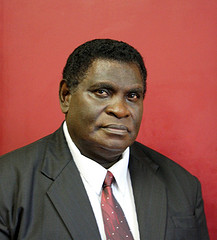 The United Democratic Party of Solomon Islands has began building bridges with other political parties, in anticipation of forming the next coalition government.

Party Vice President and Former MP for Rendova-Tetepari Danny Philip said the Party has made friends with other political parties informally and are hoping to have a good number of seats to form the next coalition government.

Mr Phillip also said the Party is keeping an open mind on the leadership of the next Government.