NORMAL RAINFALL FOR MOST PARTS OF SOLOMONS 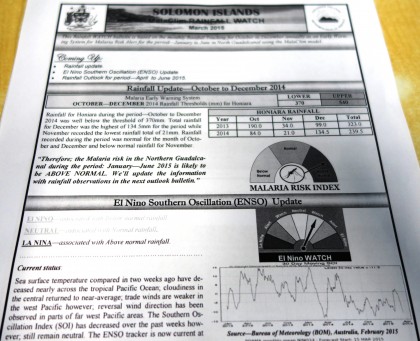 A normal rainfall is forecasted for most parts of Solomon Islands for the September- November period.

MET Service says the predicted weather is associated with the current condition of the southern oscillation index that has an influence on the country’s rainfall condition.

Explaining the rainfall forecast is the Deputy Director of Meteorology Mr Lloyd Tahani.