HEAVY RAIN ALERT ONE ISSUED FOR PARTS OF SOLOMON ISLANDS 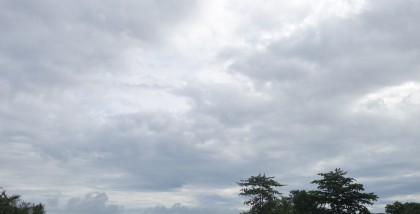 The weather office says a developing Low – an area of unstable air – lies over the Solomon Islands and is slow moving.

It says associated cloud and rain showers are expected to affect the Solomon Islands within the next 24 to 48 hours.

The alert says such localised Heavy Rain may lead to flash flooding over communities living close to large rivers, streams and low-lying areas.

Meanwhile, the National Emergency Operations Centre has also issued a ‘What To Do Information’ alert to people living the mentioned provinces.

It says people living in or close to these areas are strongly advised to take the information seriously and take action, adding village leaders and families should listen to the radio for emergency information.

It adds people should also check that their neighbours and vulnerable people have been advised.

The next update will be issued at 6am tomorrow morning.