The Parliamentary Opposition has maintained, the Prime Minister must deliver his Government’s promise to the people of Solomon Islands; particularly the promises for Malaita province.

In a media statement the Opposition Group said as a responsible watchdog they have no intention to discredit the efforts taken by the Democratic Coalition for Change (DCC) Government.

Responding to a recent statement by the Office of the Prime Minister and Cabinet, the Opposition said the intention is to ensure the Government delivers what they promised to the people of Solomon Islands, particularly Malaita province.

The statement said the Government must accept that when it raised much expectation from the people and as such, the failure to do so would only be seen as a ‘mere propaganda’.

The Opposition further stated, these are realities that the Government must face because Malaita projects have never been prioritized in the 2015 National Budget.

Meanwhile, the statement said there was nothing sinister about the call made by the Opposition, adding claims of garnering public support for a political agenda is far from reality.

The alternative Government said it is simply performing its roles and functions as mandated under the constitution to keep the Government in check. 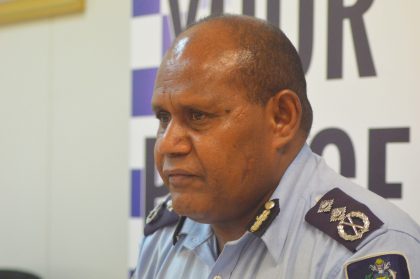