Opposition raises concern on ‘Secrecy of MOUs’ to be signed

OPPOSITION Leader Hon Matthew Wale has raised concerns that MOUs that will be signed by the visiting PRC foreign minister and the national government have been kept secret only to a few in the top government echelon. 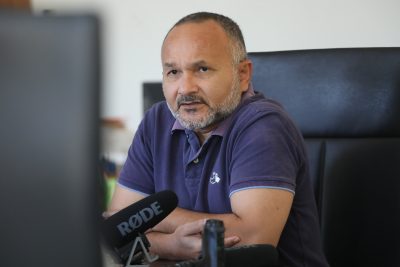 In a statement today, the Opposition Leader said the government is acting as if the matter they are dealing with are private and should be kept secret.

Hon Wale said Solomon Islands is a democratic country, owned by the people and they are entitled to know what is being transacted in their name.

“There is no justification for the secrecy surrounding this visit and the agreements that will be signed,” he said.

The Opposition Leader said he looks forward for a full report of the visit and that MOUs that will be signed must be made public for transparency.

“We hope the Government will make public the MOUs including the security pact as promised by the Prime Minister in parliament recently,” he said.

Hon Wale also raised the secrecy surrounding the arrival of the People’s Republic of China (PRC) Foreign Minister’s delegation to Honiara this week.

In a statement today, Hon Wale said his office is aware that the Prime Minister’s Office and the Chinese embassy have instructed officials not to release too much information about the delegation’s arrival and details of their program.

“I understand the visit is to sign on important MOUs between the two countries and such important visit should not be kept secret. However, it is not a surprise given the secrecy surrounding the new friendship between DCGA and PRC ” he said.

Hon Wale said whilst the reasons might be based on security protocols, he said it is a high level visit that people in the country are looking forward to.

“We understand the security protocols surrounding the visit. However, if it is a genuine visit to the government and people of Solomon Islands then there is nothing to hide,” he said.

However, the Opposition has received information that the PRC delegation is expected to arrive around midnight tonight (Thursday) and will depart on Friday.

Hon Wale said recent visits of our other bilateral partners have been openly communicated and reported at least a week before through the media unlike this one.