Our past, our future: Solomon Islands’ RAMSI exhibition opens 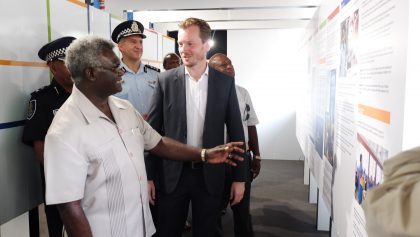 It has been described as a permanent reminder of the past – and a symbol ensuring Solomon Islanders never again follow a similar path in the future.

The RAMSI Permanent Exhibition opened today in the grounds of the National Museum, as part of this week’s farewell RAMSI celebrations.

Opened by Prime Minister Manasseh Sogavare and RAMSI special coordinator Quinton Devlin, the exhibition will be open to the public and shows a great range of stories and photos from RAMSI’s 14 years in the country. 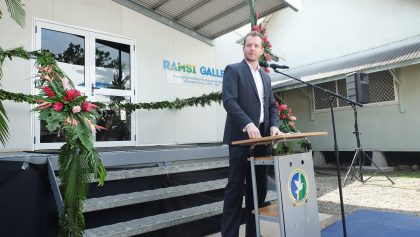 From the first intervention in 2003, to the riots in Chinatown and the subsequent relative peace, all facets of the conflict and resolution are on display.

Mr Sogavare said the exhibition was another example of the long-running partnership between RAMSI and the Solomon Islands Government.

And though he described the pictures as “beautiful”, he said they also reminded Solomon Islanders of the past. 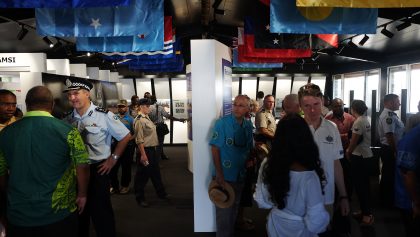 Guests inside the exhibition today

“This will remind generations and future partners that RAMSI was once here,” he said. “And for Solomon Islanders to resolve to not go down that path again.”

RAMSI special coordinator Quinton Devlin said as the country arrived at the final pages of RAMSIit was “fitting” that an exhibition, such as this one, was opened.

“It enables us to look forward with optimism and hope, and also to look at the past.”

SOLOMON STUDENTS IN APIA TOLD TO STRIVE FOR EXCELLENCE