P.N.G’s U-23 TOUCHED DOWN IN HONIARA TODAY 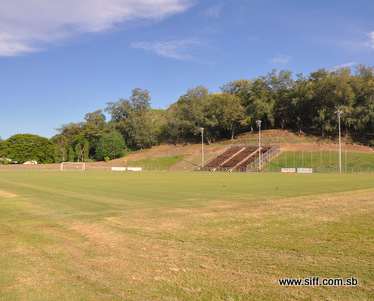 Lawson Tama stadium where the games will be played. Photo credit: SIFF.

In Sports, Papua New Guinea’s National under 23 team has touched down in Honiara this afternoon.

The team led by former All Whites Coach Mr Ricky Herbert are here for two friendly matches against Solomon Islands under 23, “The Solympics.”

Their first match will be this Thursday followed by a second encounter on Sunday.

image by Juan Manuel Gabino Villascán, 1 March 2011. http://www.crwflags.com/ In Sports, the Solomon Islands National Football team will take on the All Whites in ... Read More