The Payments System Bill currently debated in Parliament this week is seeking to empower the Central Bank of Solomon Islands (CBSI) to perform an operational role by providing facilities to payment and securities settlement systems to operators and their participants. 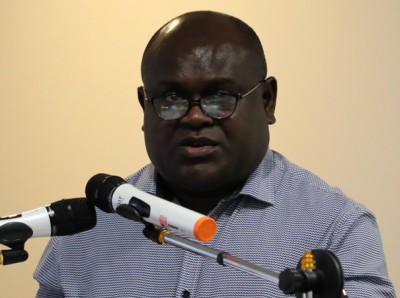 Finance Minister Harry Kuma said the bill once passed will empower CBSI in a number of areas including to establish, own, operate and participate in the ownership or operation of systems.

Furthermore, it will also empower CBSI to extend intraday credit, in the form of cash or securities, against adequate collateral as determined from time to time by the Central Bank itself, to banks and other financial institutions or entities that are participating into systems;

Kuma said the Bill enhances existing legislation to provide a basis in law for the effective administration of licensing, monitoring and approval of payments to service providers.

This way the Bill ensures that participants are checked regularly to ensure their conduct is within the law.

Kuma added that the Bill also ensures that players are sound by a provision that requires them to constantly meet reporting requirements including audit requirements.

The Government intends to see the Bill passed by Parliament to bring the country to par in terms of meeting international standards and harmonizing the country’s payments legal environment with relevant payments legislations which will mitigate risks and will not impede the development objectives of the country.