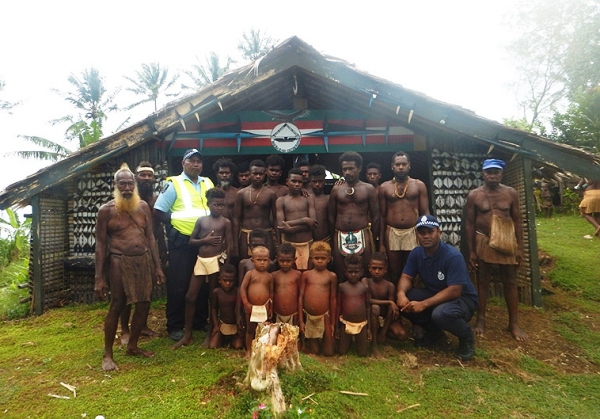 A source who wished for anonymity told SIBC News some members of the group are actually threatening non-members with knives.

The source spoke to a woman last Christmas who lives in a community that a large number of them are Platform members when she confirmed the threats.

The woman said several times some group members used knives to threaten a few of them who were non-members and forced them to join.

Because of fear from the threats, the woman told the source, at one point she accepted to join the group.

The woman said while she was a member she realized some of their rules were not acceptable, so she left the group.

SIBC News is aware the Makira Ulawa Provincial Government is working on de-registering the group.

A Korean fishing vessel in illegal fishing. Photo credit: www.stuff.co.nz Solomon Islands is facing a tuna import ban from the European Union if it does ... Read More

The blue boats being escorted into Honiara earlier this year. Photo: Supplied. The Ministry of Fisheries and Marine Resources signed a memorandum of understanding (MOU) ... Read More

A man accused of rape will be sentenced next week. Photo: Courtesy of High Court of Solomon Islands A Temotu man convicted of raping his ... Read More