The Chinese Embassy has hosted a Chinese New Year reception, the first of its kind since establishing its Embassy in Honiara three years ago.

On behalf of the government and the people of Solomon Islands, Prime Minister Hon. Manasseh Sogavare conveyed best Chinese Lunar New Year wishes to the Solomon Islands Chinese community, his Excellency Ambassador Li Ming, staff of the Embassy and the Government and good people of the Republic of China. 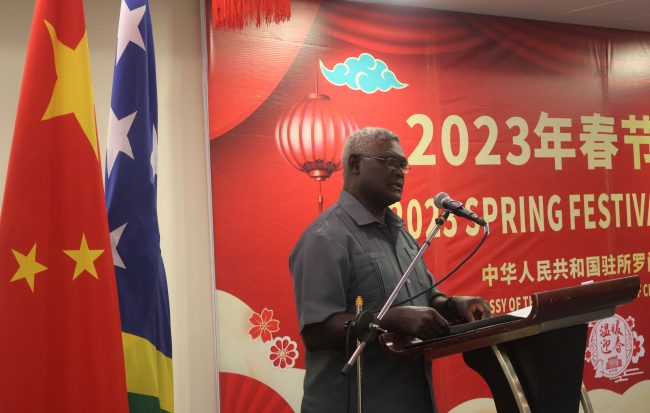 “This year’s Chinese Lunar New Year is the year of the Rabbit. And in accordance with Chinese traditional culture and zodiac, Rabbit symbolizes wisdom, courage, agility and vitality. These are important attributes that we will need as we work towards strengthening our relations in creating opportunities for all our peoples,” Prime Minister Sogavare said.

The Prime Minister wants to see Solomon Islands and People’s Republic of China (PRC) further deepen exchanges and cooperation between them.

Enhanced areas of cooperation include policing and security, medical and health, trade, investment, rural development, infrastructure development and people to people exchanges.
He also thanked PRC for its steadfast support towards various Pacific Games projects which are key for the successful hosting of the Pacific Games in November.

“Let me reassure my good friend, His Excellency President Xi Jinping of Solomon Islands steadfast and unwavering commitment in working together to amplify our relations to new heights. I am thrilled to note that the China-Solomon Islands relations is a classic example of role model relations between China and the Pacific Islands countries,” the Prime Minister said. 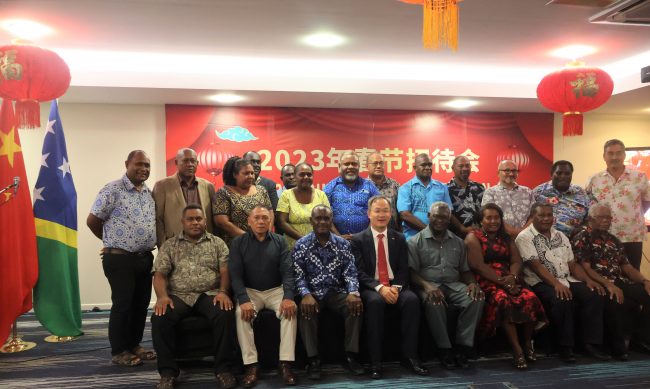 He also stated, the government will soon open the Solomon Islands new Embassy in Beijing and announce a replacement for the former ambassador, the late John Moffat Fugui.

“It is my honour to announce that we will soon open up our new Embassy in Beijing and I will personally travel to Beijing for this auspicious occasion. Furthermore, discussions are also underway to appoint a new Ambassador of Solomon Islands to the People’s Republic of China. Once the details are finalized and due processes are completed, we will inform the nation.”

“The Solomon Islands- PRC diplomatic relations has made up for the deficit of the past decades. I am proud to say our bilateral relations have become a role model of relations between China and Pacific Island countries.”

The future, he articulated, is full of confidence. The most outstanding feature of the China-SI relationship is based on equality, respect and tangible outcomes.

In Chinese traditional culture, the rabbit is the symbol of wisdom, courage, agility and vitality. In the coming year, we should run quickly forward like rabbits, overcome all risks and challenges and create a better future, concluded His Excellency Li Ming.

Relations between Solomon Islands and the People's Republic of China (PRC) continue to grow steadily with the latest signing of an agreement to build a ... Read More