The Royal Solomon Island Police Force (RSIPF) is appealing to taxi drivers to report traffic police officers who demand a fine on the spot to the Police Professional Standard Internal Investigation (PSII).

Supervising Director for PSII, Inspector Lawrence Iko said this appeal came after a taxi driver went to the media instead of reporting the matter to the PSII over the weekend.

Mr Iko said it is wrong for a police officer to ask for a fine on the spot. 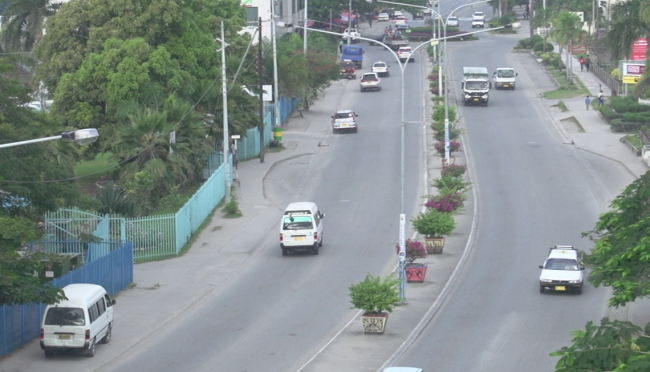 The process is there for any expired vehicles to go through especially on paying vehicle licenses.

Traffic officers regulate the traffic law but when it comes to payments, vehicle owners have to go to the Inland Revenue and not be fined on the spot.

It is good for taxi drivers to know that they have the right to ask the name of that officer and other details.

This will help PSII to identify those officers and deal with them.

Director Iko said officers do have the obligation to identify themselves when approaching any member of the public but if the officer did not identify him or herself then the person they are approaching has the right to know who he or she is.

He explained it is both a bribery offense if someone offers cash to a police officer and if that officer accepts the offer.

PSII office is located at the back of Honiara Central Police Station or can be contacted on phone 24107 or 24108 and report any ill practices by RSIPF officers.