RSIPF thank the public for good behaviour during Solomon Cup 2022

The Royal Solomon Islands Police Force (RSIPF) thanked members of the general public and sport fans for the good behaviour shown during the Solomon Cup held in Honiara. 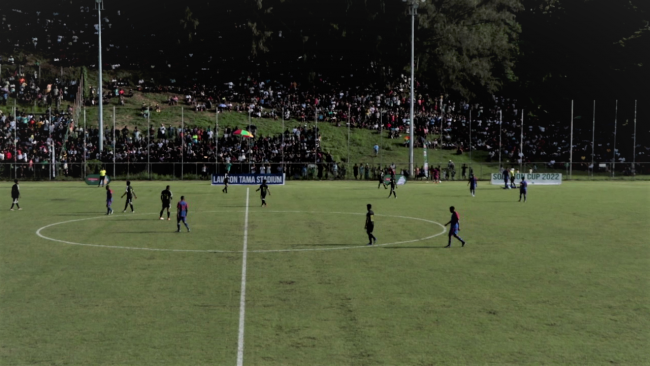 The Solomon Cup 2022 played at the Lawson Tama stadium

Mr Robo would like to thank members of the general public for the good behaviour shown during the duration of the whole tournament.

“You have shown that you are law-abiding citizens. Such an image will convince such organisations as FIFA that Solomon Islands is safe to host such big events in the future. There were no incidents reported at Lawson Tama where the tournament was held.”

“I would like to thank my officers who took part in the successful operation. I would also like to thank those private security companies who worked very closely with the police in making sure people enjoyed the event,” he added. A typical banana boat in the Solomon Islands Western provincial police are investigating the death of a man while travelling on board a motorised canoe ... Read More