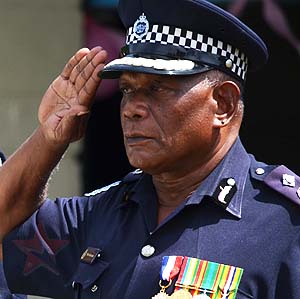 The Office of the Governor General says the Police Commissioner-select, Peter Aoraunisaka was already dismissed from public service because he was too old.

Aoraunisaka was suspended in September last year after being involved in an accident just after news broke of his selection for the top police post.

Private Secretary to the Governor General, Nigel Maezama told Sunday Star, the post has been re-advertised.

Mr. Maezama also explained, Aoraunisaka was not yet appointed and the decision to appoint him was made by the Police and Correctional Services Commission.

He further explained when the Commission made the recommendation to the Governor General’s Office, their Office found out Mr Aoraunisaka was over the retirement age, provided for under the constitution.

The Private Secretary says applications for the Police Commissioner post closes on 31 January.