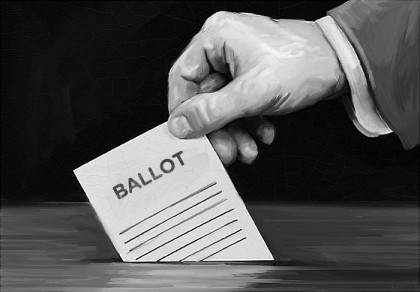 Polling stations across the country opened at 7am this morning and closed at 5pm this evening.

SIBC stringers and reporters reported from various locations in the Provinces that polling went smoothly.

In South West Guadalcanal, SIBC stringer John Toki reported a strong turnout of women voters at various polling stations within the Kakabona area, and also reported there were no incidences of disturbances at any of the polling stations he had visited as far as Selwyn College in Maravovo.

In Mbita’ama, North Malaita, SIBC stringer John Kiri had covered almost ten of the area’s polling stations and also reported there were no disturbances in any of the locations, and people were casting their ballot papers in a free environment.

The CEO of Transparency Solomon Islands, Daniel Fenua, also told SIBC from Tikopia, polling was peaceful in the islands.

“I am in Tikopia at Tukutango polling stations. Here it’s very peaceful with no signs of people arguing or that sort. There is a very good voters’ turn out in the morning and I think what I saw especially the polling assistants and all who conducted the voting are really helpful to those who cannot be able to read and write, so everything here is fine and things are smoothly running.”

Meanwhile, speaking at a joint press conference with the Royal Solomon Islands Police Force today, the Chief Electoral Officer
Polycarp Haununu said people must be acknowledged for their cooperation with the Electoral Commission which resulted in a peaceful election day today.

Speaking also at the Press Conference, Police Commissioner Frank Prendergast also commended the public for their cooperation, saying the police are pleased with today’s peaceful elections.

“And we’re very pleased with the progress to date. We are expecting a smooth process of voting today and we urge all members of the public to cast their votes and if they have any issues, to report those to police.”

As many as 2-hundred registered voters from Shortland Islands were unable to cast their ballot papers today, after a ship scheduled to travel to the ... Read More