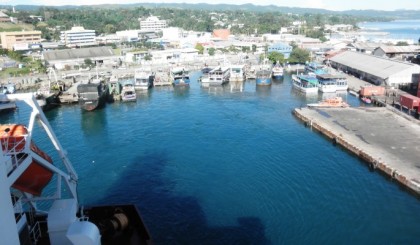 Chief Executive Officer of the Solomon Islands Ports Authority (SIPA) Collin Yow has described a strike notice issued by the Workers Union of Solomon Islands (WUSI) for more than 200 Ports employees as being false without representation.

The strike notice outlines actions in support of demands by Ports Authority employees, including a recognition agreement for SIPA workers.

But speaking at a press conference today, Mr Yow said not all Ports Authority employees are full members of the Workers Union of Solomon Islands.

“You think all of this is agreed by all of that, am just saying that that’s false and very deceiving, is a complete misrepresentation.”