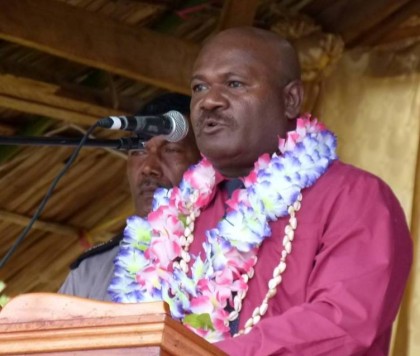 The outgoing premier of Malaita Province Honourable Edwin Suibaea has been ousted in the current Malaita provincial election contest.

“The first candidate who won has polled 778 votes was Glen Waneta a very young man and a new candidate entering the provincial politics. he has unseated our former provincial ward member who is the former premier who polled 311 votes, second to Mr Waneta.”

SIBC News understands declaration of other results is expected later this afternoon.

Meanwhile, the former member forward six in the Malaita Provincial elections has retained his seat.

Honourable Stanley Kitofu won with a total number of 734 votes.

“I on behalf of the Malaita Provincial Election have the honour to declare the election result for Ward six and the winner is Stanley Kitovu who won with 743 votes.”

Provincial election results from other provinces are trickling in slowly.