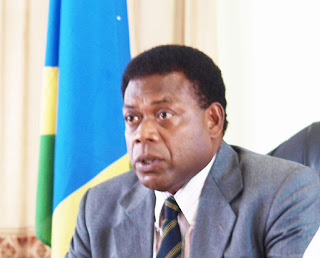 Former Member of Parliament for Northeast Guadalcanal Dr. Derek Sikua says certain sections of the Public Health Emergency Bill do not reflect the doctrine of the separation of powers.

Dr. Sikua made the statement when he presented his views and opinions on the bill before the Bills and Legislation Committee this week.

He says the bill provides powers to a Prime Minister to make legislate and execute orders and impose penalties.

He says this does not reflect the doctrine of the separation of powers as stated under the constitution.

When you look at this Bill, it is against the constitution, where the Prime Minister becomes the Judge, as well as the Executive. At the same time, he will also be giving penalties that will come into effect under this legislation.

The former Member of Parliament adds the penalties under the bill are too excessive than those of the penal code for similar offenses.

He says, the bill in general limits the right of health workers to seek redress or remedies for their concerns.

“Our health workers have given all they got to ensure protecting our people’s health, and when you fenced them out as if they have no rights at all, without their consent as required under section 11of the constitution, it really saddened me! Where did they seek redress?
to raise their complaints. You should understand they have lots of complaints or not being paid or overworking.”

Father Selwyn Hou Director of Nursing at the National Referral Hospital and also an Executive member of SINA made the statement before the
Bills and Legislation Committee last week.

He said the bill does have provisions that will allow health workers to express their grievances which is inconsistent with other acts of parliament.

What did we do wrong to reconcile?

United Nations Office| Photo from THE CONVERSATION Website The United Nations (UN) has been informed of a flyer circulating in parts of the Solomon Islands ... Read More