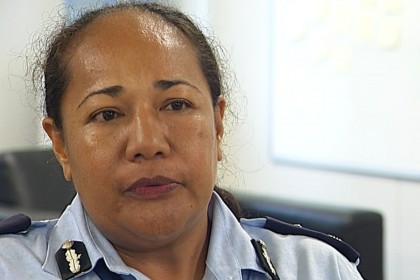 Confirming this yesterday in her weekly media conference, Acting Police Commissioner Juanita Matanga said the training is scheduled for 14 March this year.

Commissioner Matanga said police will only accept 40 successful applicants for the training.

Mrs. Matanga added she hopes the new training recruits will be part of the force, who will lead it forward into the future.

“In 2014 we will run a recruitment course comprising of forty applicants or new applicants who will join the recruitment, and the training course will start on 24 March 2014. And I am looking forward to seeing them and welcoming them to this new recruitment program, and I do hope that they will form part of the new generation that will continue to take the police forward into the future,” said Mrs Matanga said.

Polling across the country has ended on a peaceful note and the Solomon Islands Electoral Commission, together with the Royal Solomon Islands Police Force, say ... Read More

The roadworks around Honiara’s Central Market are almost done . . . almost

The roadworks around Central Honiara have almost finished It is a question asked often in Honiara over the past few months: when are they finishing ... Read More