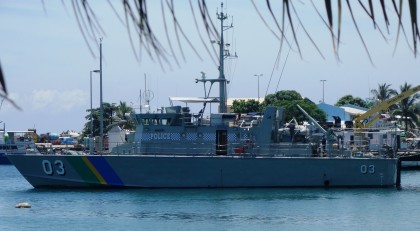 The Patrol boat Lata has returned to the country after assisting in Vanuatu’s National general Elections last month.

The team assisted the Vanuatu Police with transporting and securing ballot boxes to and from remote areas during the elections.

The boat arrived back into the country early this morning.

“The operation was quite successful eventhough the Lata had suffered some mechanical difficulties towards the end of the mission and the feedback from the Vanuatu Police Force and the government has been extremely positive and I think it’s a really important piece of assistance to be able to render a neighbour in such an important event, so the crew and the boat did very well and I am proud of them and I think Solomon Islands should be proud of the job they’ve done.”

The assistance was funded by the Australian Government.