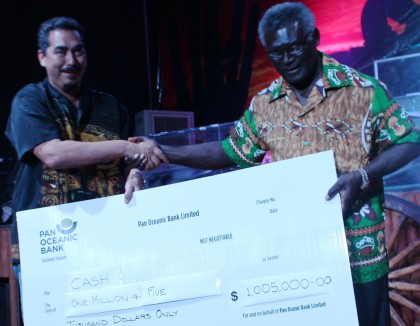 Solomon Islands Government (SIG) and the Solomon Forestry Association (SFA) have successfully raised more than $1 million to assist the Vanuatu Government’s effort to recover from the impact of Tropical Cyclone Pam.

Around $140,000 came through pledged donations and more than $262,000 raised during the event on Saturday night.

SIBC News understands Saturdays appeal was part of an earlier fundraising event where logging companies, as both members and affiliates of the Solomon Forestry Association raised $596,000 from corporate sponsorship, donations and pledges.

A satellite image of Cyclone Donna, which hit Temotu Province in May 2017 The Solomon Islands Meteorological Service is reminding people in the country that ... Read More