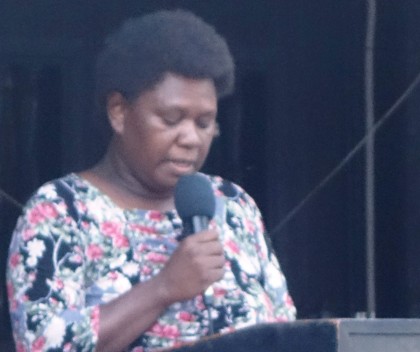 The Solomon Islands National Council of Women has welcomed the  “Nationwide Family Violence Program” which was recently launched by the Royal Solomon Islands Police Force.

A statement from the Council says today says this is an encouraging move by the Ministry of Police to see that one of the Ministries that is responsible for the implementation of the Family Protection Act is initially doing something.

The Council says family violence is ingrained into the Solomon Island’s culture and will take generations to bring complete change.

Meanwhile, Council President Ella Kauhue said Solomon Islands needs to work in a way that respects and encourages a culture that is nonviolent.

Mrs. Kauhue says the country also needs to challenge practices and attitudes that are not healthy for the good of men and women in their community.

She said training members of the police force in tackling family violence is a way to improve their efforts to rebuild communities and families that have been shattered by violence.

She adds, Solomon Islands Children need to grow up in loving and caring homes rather than in broken and violent homes where parents are often irresponsible and instigators of violence.