The Solomon Islands Chamber of Commerce and Industry, SICCI, acknowledges the timely step taken by the government through the Ministry of Finance to provide a fifty percent duty exemption on fuel imports which will also see the removal of sales tax on fuel, within weeks after the price of fuel crossed the SBD$9.66 litre mark. 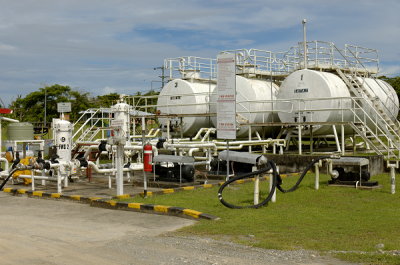 When tabling the 2022 Appropriation Bill last week, the Finance Minister Honourable Harry Kuma announced that the government will provide a 50 percent duty exemption on fuel imports and will remove sales tax on fuel across the board for six months to ensure the current increase in fuel price does not have serious impact on all businesses.

SICCI, being the key organization representing private sector welcomes most heartily the incentive taken and thank the government through the Ministry of Finance and Treasury for adhering to SICCI’s recent call among others by putting in place such important temporary measures.

SICCI Chair, Ricky Fuo’o, says the quick response by the government to provide a fifty percent duty exemption on fuel imports to offer some stability is a positive step timely taken as fuel is key to determining cost of electricity in Solomon Islands, and a majority of businesses rely on electricity for their operations.

“The tax relief incentive will indeed lessen impacts on businesses and the households at large both in and outside of Honiara. The recent surge in fuel price recently has seen SICCI receiving grave concerns from the business houses who are prone to bear the brunt of the higher price pressure impacting budgets and affecting purchasing power regardless of their income group. Now that the government has taken the bold step by putting in place such temporary measures, businesses are welcoming it as a turnaround thus, commending the government for such incentives”, added Ricky.

Earlier SICCI has submitted a position paper and recommendations to the government aligning to the reduction of the duty on fuel imports. Going forward, SICCI maintains its position as the ultimate advocator for private sector businesses, strives to work closely with the government to advocate on issues pertaining conducive environment for private sector businesses both in and outside of Honiara.