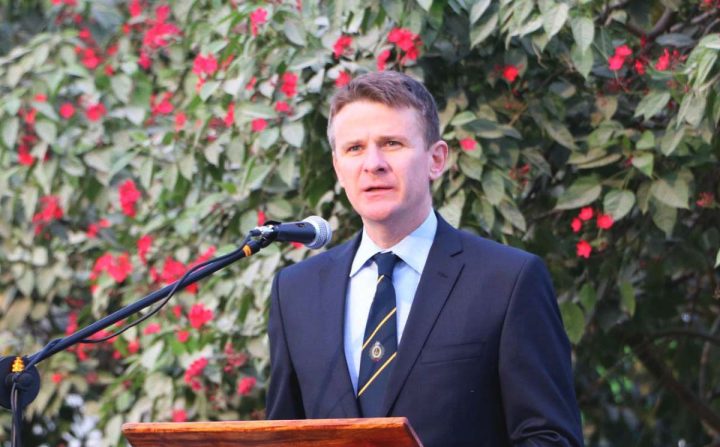 Australia will remain a devoted friend to Solomon Islands amid concerns of China’s increasing influence in the Pacific region.

Australian High Commissioner to Solomon Islands, His Excellency Roderick Brazier told a media briefing on board HMAS Toowoomba over the weekend.

Two of Australia’s Navy vessels HMAS Toowoomba and HMAS Adelaide made a two day stop-over in Honiara on their return to Australia after taking part in the Indo-Pacific Endeavour, a significant regional exercise for the Australian Defense Forces.

Asked about Australia’s commitment to Solomon Islands, High Commissioner Roderick said China was a regional power that can have bilateral relations with Pacific island countries.

He said while the bilateral choice remained with Solomon Islands, Australia was committed to a fully fledged relationship with the country.

“Australia is strongly committed to a fully fledged relationship with Solomon Islands and all of the countries of the Pacific and we demonstrate that through defence cooperation like this, a massive aid program one-point-three billion Australia dollars a year and many parts of our Government.”

“Also our people-to-people links are very strong, huge Pacific communities are in Australia, about a 140,000 Pacific islanders living permanently in Australia, a very strong church links between Australia and Solomon Islands,”he said.