The Solomon Islands Under -17 team is ready to take on Tonga in its first match on Wednesday this week in American Samoa.

In an interview with SIBC Sports from American Samoa, Team Manager of the Solomon Islands Under 17 Soccer Team, Donald Marahare says the boys are well prepared for the match.

He says our side takes on one game at a time.

Mr Marahare assures supporters, parents and Solomon Islanders that the team has taken the tournament very seriously – hoping for the best outcome.

“Just to assure our supporters and parents of the players and the rest of Solomon Islands that the team is in high spirit and that we are not taking each game lightly but are serious about coming to American Samoa. The boys see this tournament as very important seeing that it is a new chapter the Solomon Islands Football Federation and its stakeholders are trying to revive soccer in Solomon Islands.” 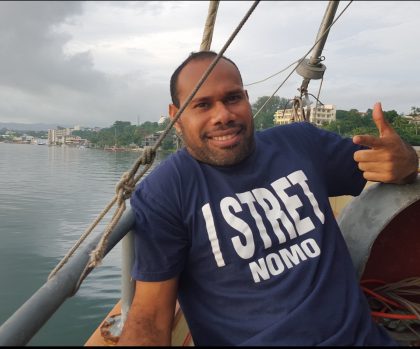 Where are you listening to SIBC from? Part 2

There are Solomon Islanders living all over the world, from closer neighbours such as Fiji, Australia and New Zealand to more far-flung areas of Europe ... Read More

The Solomon Islands Ports Authority. Photo credit: The Minister for Finance and Treasury has approved a new range of levy rates and dues for the ... Read More