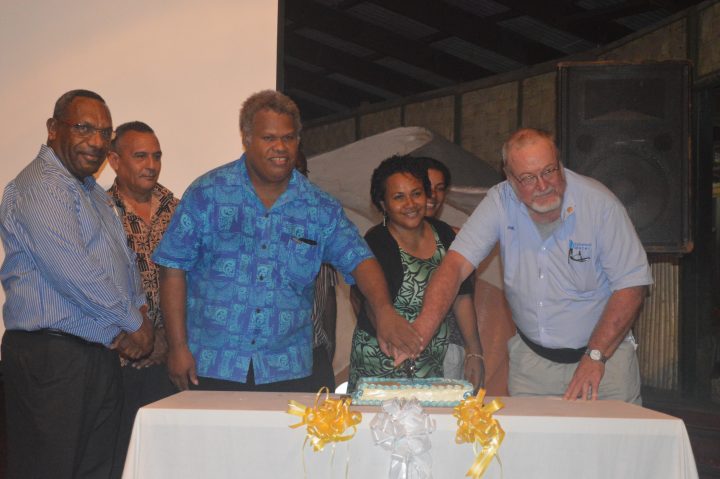 Solomon Water has made 7.3 million profit in 2017 with a total of 1-hundred million dollars revenue.

Speaking during the State Owned Enterprise’s 25th Anniversary, Chairman Phil Bradford said this was a big achievement compared to 2013 when the company had accumulated a loss of 360 million dollars and a 7 million dollars revenue.

Mr Bradford said the 1-hundred million dollars revenue in 2017 helped the company re-invest in many ways.

He said, this achievement was the result of hard work and cooperation by the board of directors.

“When I took over we were losing a million dollars a month, now we are making progress,” he said.

” That’s not a lot of money in some people’s minds, but to us is a lot of money, every single penny we can afford is being reinvested in many ways .”

Mr Bradord said the company has a long way to go, but they are making strides.

He said they are currently making progress on their 30 year plan and 5 year action plan.

“Water is now accessible to everyone in Honiara 22 hours a day on average, our water is 98%  world health compliant, which  is a long way from what it was 8 years ago,” he said.

” Our strategy plans costs us a lot, around half million Australian dollars, but we did get the results.”

The Prime Minister's residential house at Vavaya Ridge in Honiara. Photo credit: biukili.blogspot.comSITION  The Office of the Leader of Opposition is seeking clarification over plans ... Read More