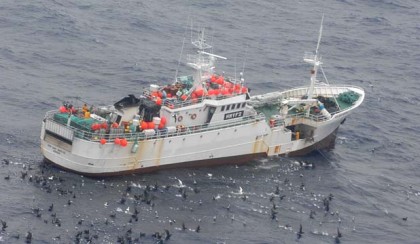 Solomon Islands is facing a tuna import ban from the European Union if it does not take action on illegal fishing.

Solomon Islands received a yellow card from the EU for non-compliance with its laws designed to tackle illegal, unreported and unregulated fishing.

He said it was essential Pacific fisheries worked with the agency to meet all aspects of EU fishing regulations as a ban would be catastrophic for the region’s tuna industry.

Two other countries that received yellow cards from the EU are Papua New Guinea and Tuvalu.

He told Radio Australia, tuna industry representatives in the Solomons met with the fisheries minister last week and were assured the government was taking all the necessary steps to avoid a yellow card.

Wickham said the government was planning to pass a bill to ensure better regulation of the nation’s fisheries industry.

He explains, it is all about process and procedures and reporting systems and one of the most important instruments that has to be put in place is the new fisheries act.