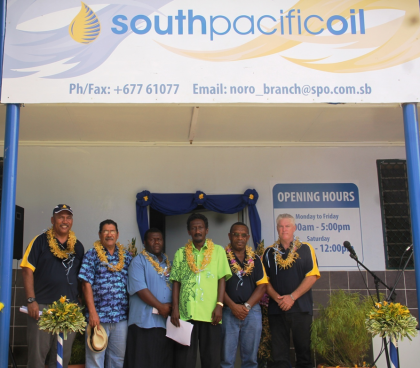 The Radio Hapi Lagun in Gizo reports, the new fuel tank is located at the Noro Industrial Town and is the second to be established in the Province.

Acting Premier of Western Province, Wayne Maepio officiated the launch of both the township’s partnership with South Pacific Oil and the new fuel depot last Friday.

Speaking at the event, the Acting Premier said the new installation is historic, and will advance economic activity in Noro, and in the country.

He adds, the Western Provincial Government is committed to supporting the South Pacific Oil establishment.

SIBC News understands the launching of the fuel depot was attended by representatives of South Pacific Oil shareholders, including the Solomon Islands National Provident Fund.