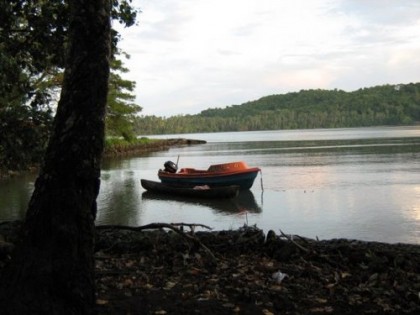 Work has begun to upgrade and rehabilitate Susubona Wharf on the southern shore of Santa Isabel.

The New Zealand Government is providing additional finance to upgrade the wharf.

This will involve the demolition of the existing wharf head and causeway, and the construction of a new reinforced concrete wharf head-raised to minimize erosion caused by waves and debris.

A new causeway made of salvaged rock coral material will also be constructed.

The Susubona Wharf is one of five wharves and a landing ramp being improved under the second phase of the Domestic Maritime Support Project.

The Project is financed by the Solomon Islands Government, the Asian Development Bank, the Australian Government, and the New Zealand Aid Programme.

The project is constructing rural wharves to improve safety and access to economic opportunities.

The new wharves are designed to be less vulnerable to climate change.

National Parliament of Solomon Islands building. Photo credit: Synexe. The Parliamentary Bills and Legislation Committee is calling for written submissions for its inquiry into the ... Read More