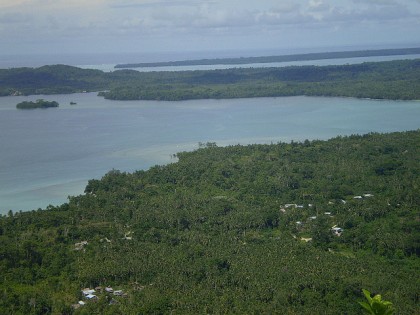 The Suafa Bay National Project landowning groups have distant themselves from negative comments by the Malaita Provincial Premier Hon. Peter Ramohia over National projects on Malaita.

The Kwana’ai board of Trustees, KBT, describes the premier’s comments as ‘Risky and Untimely political outburst’.

This week, Malaita Provincial Premier, Peter Ramohia accused the National Government of making empty promises when it comes to National projects on Malaita.

Premier Ramohia says the projects are not even reflected in the government’s national budget for this year.

“At the moment, we are still working with the Government as it never failed us and things are in progress and we are working on acquisition processes regarding the seafront and water sources, so it seems very soon things will be cleared and the work should start.”

Mr. Wanefalea adds, according to current work plans, the land on which the Suafa Bay national project is to be built will be finally handed over to the National Government by mid-year.

The RSIPF march in the parade. Picture: RSIPF. Police preparations have been ongoing since May this year for the country's National General Elections in 2019. ... Read More