Among the first to comment on the Bipartisan Task Force set up by the government of Solomon Islands is the Taiwanese Government.

The Ministry of Foreign Affairs of the Republic of China (Taiwan) denies engaging in discussions with the bipartisan Task Force set up by the government of Solomon Islands.

The Taiwanese Government made this clarification in light of the ‘Report of The Bipartisan Task Force’.


Taipei clarifies that the Task Force has never visited Taiwan. Certain individual members were part of the Solomon Islands delegation that attended the assembly of the Asian-Pacific Parliamentarians’ Union held in Taiwan last month.

They did not come in the capacity of a fact-finding delegation on that occasion, therefore, Taiwan’s Foreign Affairs Ministry did not exchange views with them.

Furthermore, the report’s statement that MOFA officers informed Solomon Islands that Taiwan would not conduct any special assistance programs for Solomon Islands is simply a lie.

The government of the Republic of China calls on the government of Solomon Islands to adhere to its previously announced due procedures and refer to related reports prepared by its Foreign Ministry, Parliament, and Prime Minister’s Office; listen to grassroots public opinion; make relevant decisions in a democratic, lawful, open and transparent manner; and not formulate critical foreign policy on the basis of a false report that seeks to obfuscate using misinformation.

Dr. Tara says, to think that the SIG spent millions of dollars of tax payers money on this report is disgusting. Much worse is the fact that the SIG will use this report to inform its decision on an important issue for our country. 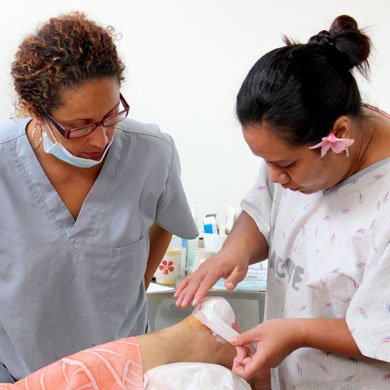