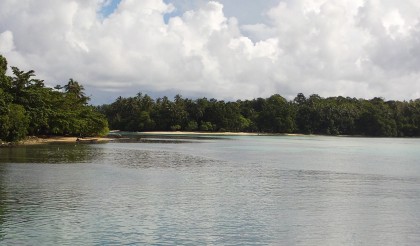 Taro Police has confirmed they have located the two men from Choiseul province, who went missing after a fishing trip on 14 August.

A Police Constable from Taro Police Station, Fleming Alick Puka told SIBC News the men drifted for about seven days without water and food, saying they are now treated by the residents of Nhuguria.

“So it has been confirmed that we have managed to find the two missing persons and they were being located at the Nhuguria islands, close to Tasman at the Papua New Guinea border. The two drifted at sea for seven days and managed to land at the island on which they were found.”

Mr Puka adds plans are currently underway for the repatriation of the men back to Solomon Islands.

“So it is now between the government of the two borders who are trying to make arrangements. On Tuesday, they will be on their way to Gizo and from there onto Taro where we will bring them to Taro, Choiseul.”