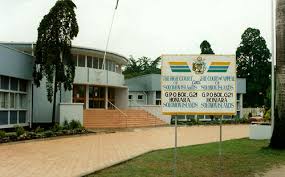 A man accused of rape will be sentenced next week. Photo: Courtesy of High Court of Solomon Islands

A Temotu man convicted of raping his adopted daughter will be sentenced next week.

He initially stood trial on eight counts of rape, but this was reduced to four counts following a no case to answer submission from his lawyer.

In court yesterday, Judge Mwanesalua said there is more than sufficient evidence to convict the defendant on three counts of rape.

The 51-year-old started raping his adopted daughter when she was only 11 years of age in 2008 at their home in White River.

He continued to rape her when they moved to Henderson, East of Honiara until 2012.

The Court will deliver his sentence next Thursday.

Euro dollar notes. Photo credit: www.iraqidinar123.com The High Court has forfeited 10,000 Euros to the State that were undeclared by a couple from New Caledonia. ... Read More