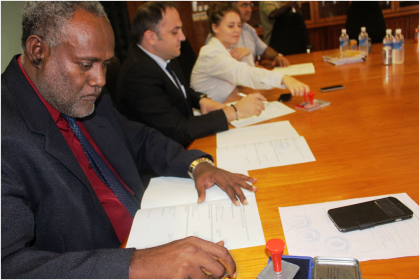 The Parliamentary Opposition Group has reiterated its call for the Government to immediately terminate any agreement with the Nazar Group of Companies.

The Opposition repeated its call in a statement following fresh allegations made by a businessman, Pawael Misiec, warning the government not to be fooled into working with con companies such as Nazar.

The Group since last year continued to warn and advise the Prime Minister and the government not to involve with ghost companies with no history of investment anywhere.

The statement however said this has fallen on deaf ears and the Prime Minister has continuously defended the company despite clear indications it is not trustworthy.

Meanwhile, the Opposition Group challenged the Prime Minister to show the nation his seriousness in fighting corruption as one of his 2016 priorities and cancel all arrangements with Nazar.