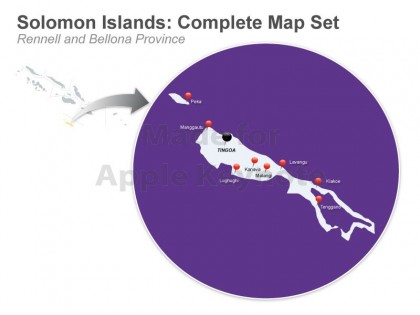 The lack of fresh water supply is a major challenge for patients and workers of Tingoa Mini Hospital in Renbel Province.

“The place needs more water tanks to supply water and when we have a lot of patients but no water, we cannot admit patients but only those in a critical situation. We usually send home those who may need admission but with treatment and they would have day cares at home.”

East Rennell residents told SIBC’s touring team of their need for communication as development picks up in their area.

Member of Renbel Provincial Assembly for Ward One and Minister of Provincial Health Authority Hon. Alfred Tingoika says the need for communication is high as the Lake Tegano is ranked World Heritage Site.

Hon Alfred confirms communication is indeed a difficulty for them.

“I have to honestly say that we have a very big problem with communication. Before we can use HF radio which is accessible throughout Rennell and Bellona and everybody could communicate in the morning as people will turn on their radios, but now we are having problems of not having many radios around as they got fewer and fewer with the onset of mobile communications nowadays. But in fact, our huge problem here in East Rennell is communication.”

Mr Tingoika adds, his committee is consulting the Renbel Provincial Government to speed up processes to access communication service in East Rennell.

The Our Telekom logo. Photo credit: SIBC. Our Telekom has launched two newly built mobile towers in Choiseul Province - one at Ropa in South ... Read More