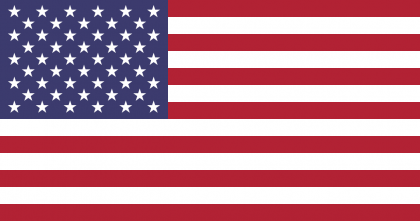 Flag of the United States of America. Photo: http://en.wikipedia.org/wiki/United_States

The United States Government has congratulated the Solomon Islands on conducting a peaceful polling during the National General Elections.

The elections was held at over 8-hundred polling stations across the
country. In a statement yesterday, the US Embassy described yesterday’s event as a “historic” day for Solomon Islands people and for their democratic future.

The US Embassy also said the United States hopes newly elected
leaders of Solomon Islands can act to form a government in the same
peaceful, responsible way their constituents voted during polling day.

The Embassy also states, the US is accredited to Solomon Islands from its Embassy in Port Moresby, and participated as an international observer with teams on Guadalcanal, Malaita, and in Western Province. Meanwhile, the Embassy says the United States commends the Solomon Islands Electoral Commission for its logistical efforts in running an organized contest. The Embassy also says they encourage professional polling tabulation and non-violent acceptance of election results.

The Embassy also says the US Government looks forward to the declaration of the official results, while continuing the close
cooperation and partnership with the new government that will result from these elections.