Public servants employees of the National and Provincial Government that are not vaccinated from Covid-19 as of 31 January 2022 are now self-terminated from the Solomon Islands Government (SIG) Public Service and their salaries ceased accordingly. 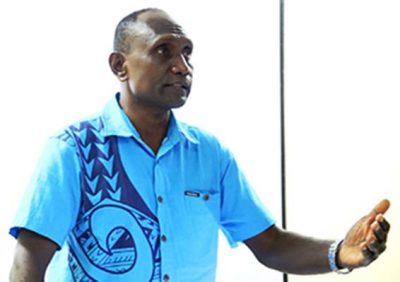 This is according to a Circular issued to SIG Human Resource (HR) managers and responsible officers.

Permanent Secretary of the Ministry of Public Service Nego Sisiolo confirmed to SIBC News today that the circular iterates SIG policy on no jab no job to its employees, thus instructs all responsible officers and their HR managers to implement as it has now passed 31st January 2022.

In the circuly, Mr Sisiolo stated that pursuant to the Government’s no jab, no job policy unvaccinated public service officers as of January 31 are deemed as non-compliance to the employer’s (SIG) policy instructions as per Cabinet’s extended grace period.

“The act of non-compliance is taken as insubordination to Cabinet’s policy directive and therefore a misconduct in office as per PSC regulations 44.

“Henceforth as from 31st January 2022, such officers have self-terminated their employment with SIG Public Service,” Mr Sisiolo stated.

He said by now Ministries and Agencies HR Managers would have identified such officers/employees and have issued salary authority advice to the Ministry of Finance and Treasury (MoFT) Payroll Section to cease salary accordingly.

“Be advised that public officers and employees who have taken their first vaccination during the extended grace and up to 31st January 2022 are given an extended period of 3 months effective 9 February 2022 to complete their second doses,” Mr Sisiolo said.

He adds, the Ministry of Public Service now liaised with MoFT Payroll Section for updated data on unvaccinated officers who because of non-compliance are paid on half salary as of 31st October 2021.

“As mentioned above, officers who remain unvaccinated by 31st January 2022 are now self-terminated from SIG-public service and their salaries be ceased accordingly,” the PS stated in the circular.

He told SIBC that the circular iterates SIG policy on no jab no job to its employees.

“Thus, it instructs all responsible officers and their HR managers to implement as we have now passed 31st January 2022,” Sisiolo said.